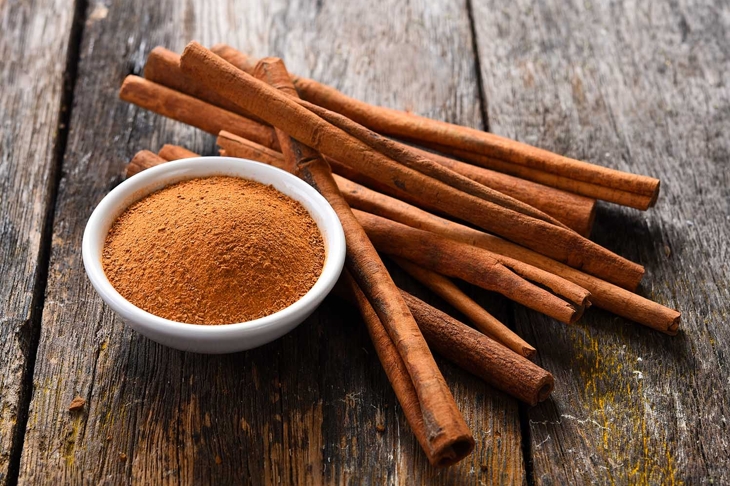 Both delicious and nutritious, cinnamon has been used for its medicinal properties for thousands of years. Cinnamon spice comes from the inner bark of bushy evergreen trees native to Sri Lanka, India, and Myanmar. Once considered more valuable than gold, this versatile spice adds a sweet, warm taste to food and drinks. Today, research confirms the numerous health benefits of cinnamon. Read on to learn more. 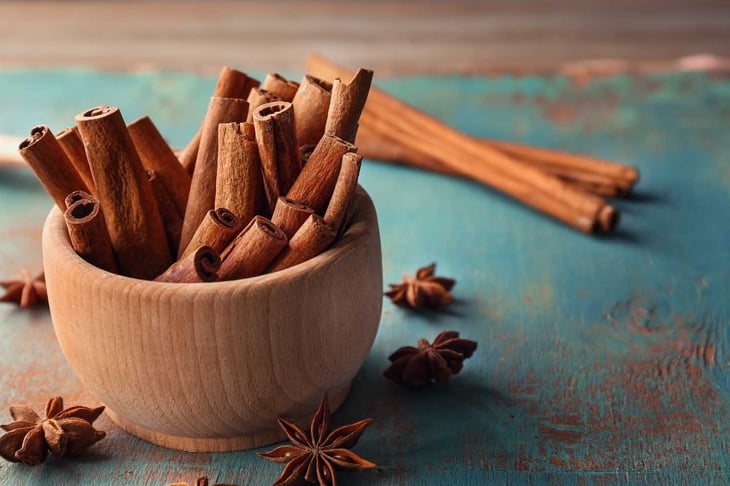 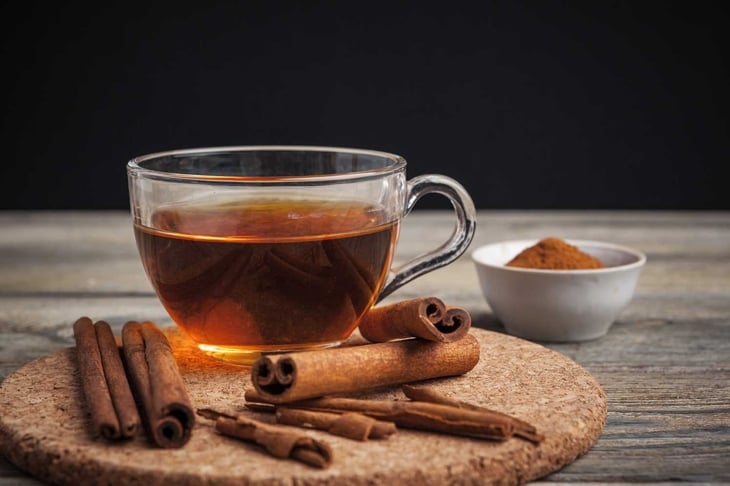 Inflammation is essential to the body’s healing process. While short-term inflammation is helpful in fighting infections and healing injuries, research shows that long-term inflammation can lead to chronic health conditions. Cinnamon’s antioxidants have potent anti-inflammatory properties that can help reduce inflammation in the body. Research shows that cinnamon may be effective for treating and preventing inflammatory conditions. The next time you feel pain, reach for some cinnamon instead of an over-the-counter pain reliever. Cinnamon is proven to reduce muscle soreness and may also reduce other types of pain, particularly exercise-related pain.

Reduces the risk of heart disease 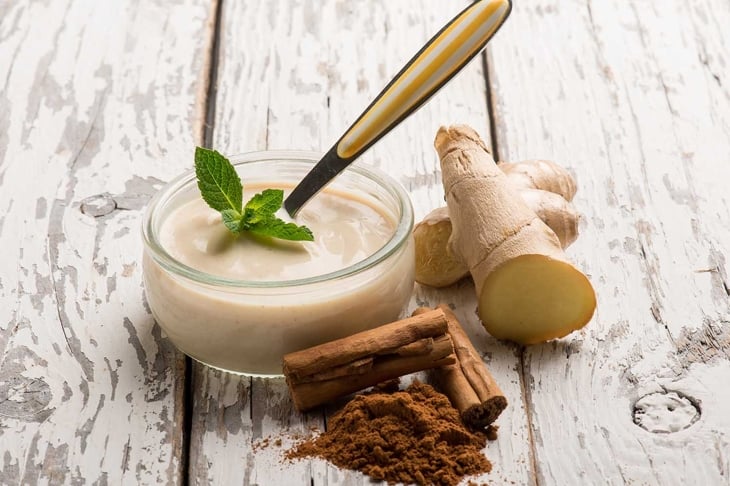 Cinnamon may help keep your heart healthy and reduce the risk of heart disease. This powerhouse spice lowers cholesterol and blood pressure as well as triglyceride levels in the body—all common risk factors for developing heart disease. It also increases and improves circulation. If you’ve had a heart attack or stroke, cinnamon may help repair damaged heart tissues. Try sprinkling cinnamon on your yogurt in the morning to keep your heart healthy. 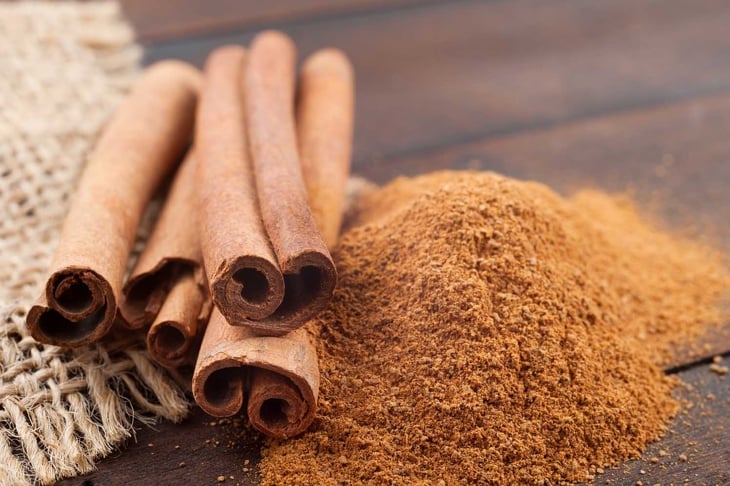 Cinnamon is touted as one of the best spices for diabetics, and for good reason. It is well known for its ability to lower blood sugar levels. Cinnamon improves sensitivity to insulin, a hormone that helps transport sugar through the bloodstream to tissues to keep blood sugar levels balanced. Along with eating a healthy, balanced diet and taking prescribed medications for managing diabetes, cinnamon can be helpful in stabilizing blood sugar levels. Studies show that cinnamon has anti-diabetic effects, as it can significantly lower fasting blood sugar levels. 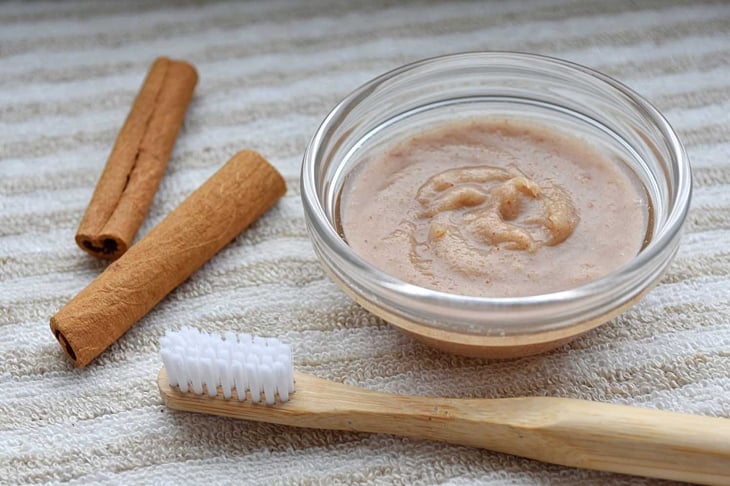 Some toothpastes contain cinnamon as an ingredient and not just for the yummy flavor. Thanks to its antibacterial properties, cinnamon has been used for centuries to help soothe toothaches and fight against mouth disease. Cinnamon can keep your breath fresh and your oral hygiene in good shape by protecting against certain bacteria that cause cavities, bad breath, and mouth infections. In addition to its appealing flavor, cinnamon is also added to gum and mouthwash because it removes oral bacteria, helping ward off bad breath without harmful chemicals. 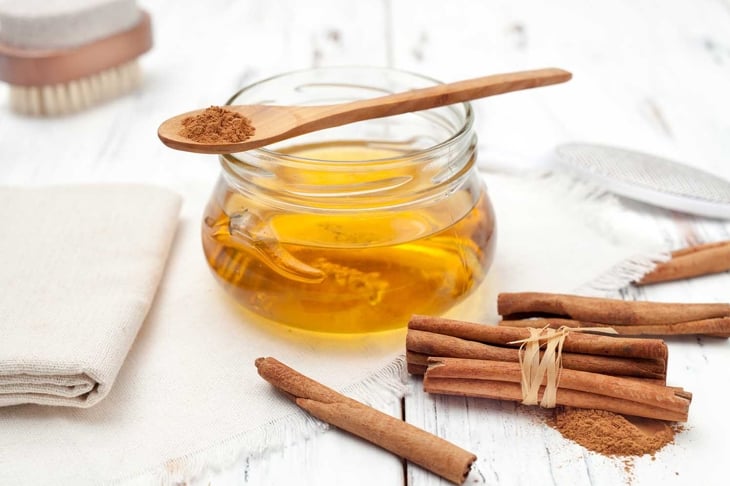 Cinnamon benefits for skin are abundant, thanks to its antimicrobial, antibiotic properties that protect the skin from rashes, infection, and irritation. Applying cinnamon essential oil mixed with a carrier oil (e.g., almond oil, olive oil, avocado oil) to the skin may reduce inflammation, swelling, and the risk of developing skin infections. Further, if you’re hoping to reduce wrinkles to keep your skin looking healthy, you may want to add cinnamon to your diet. Cinnamon extract promotes skin cell growth and may be useful as an anti-aging tool in your skincare regime. Some people like to create a cinnamon and honey serum to apply to the skin. This may be helpful in reducing acne and rosacea and keeping wrinkles away.

May reduce risk of cancer 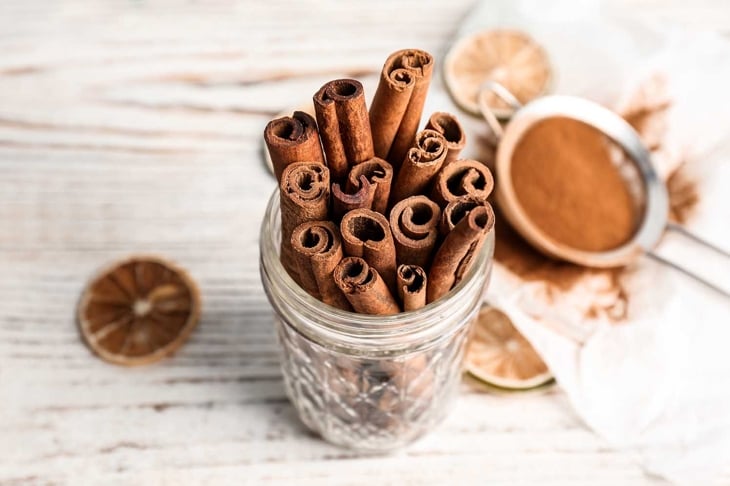 Some of the health benefits of cinnamon are thanks to a compound in the spice called cinnamaldehyde. Studies show that this compound can slow or prevent tumor growth and may even kill off cancer cells. This is particularly true for colon cancer — cinnamon activates antioxidant responses in cells of the colon, which suggests cinnamon extracts may be helpful in fighting colon cancer. Researchers are continuing to explore how this powerful spice may be a useful supplement for those who are at a high risk of developing cancer. 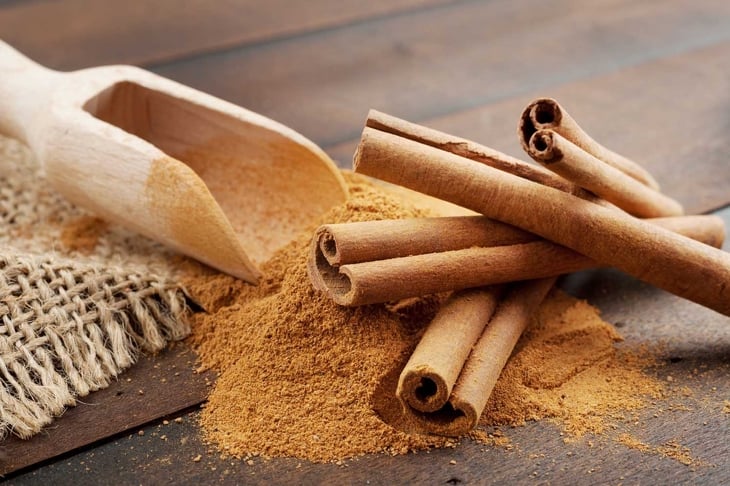 Cinnamon may boost brain function and help defend against common age-related neurological disorders, such as Alzheimer’s disease. In vitro studies found that cinnamon helps block the build-up of a protein in the brain that is associated with Alzheimer’s disease. This means cinnamon may be helpful in preventing cognitive decline as you get older. The antioxidant properties in cinnamon may also protect against oxidative stress, reducing the risk of damage to neurons (brain cells), helping preserve brain function and keeping your brain sharp and functioning as it should both in your youth and well into your golden years.

Soothing for the stomach 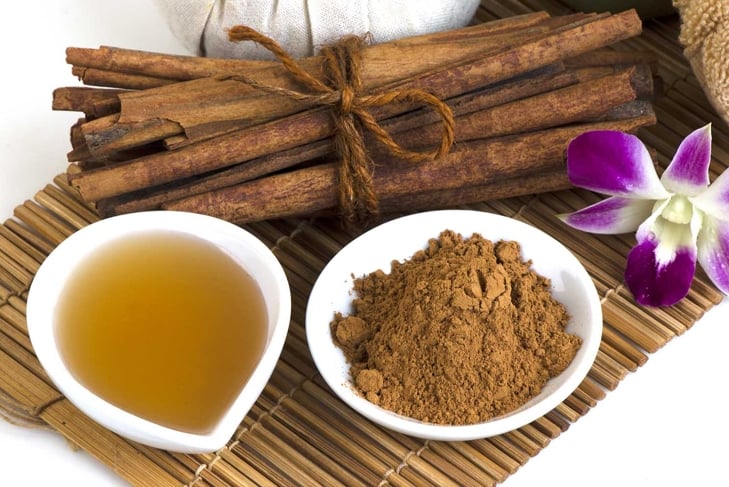 People have been using cinnamon for thousands of years for both its flavor and medicinal properties. Today, many people use it to alleviate tummy troubles and gastrointestinal discomfort. In traditional Ayurvedic medicine, cinnamon is commonly used to treat gas and digestive imbalances. A spoonful of honey mixed with cinnamon is said to relieve indigestion, and cinnamon was found to soothe gastric ulcers in animal studies. Though more research is needed to determine how effective it is in soothing the digestive system, you can try adding cinnamon to your tea to soothe any gastrointestinal discomfort. 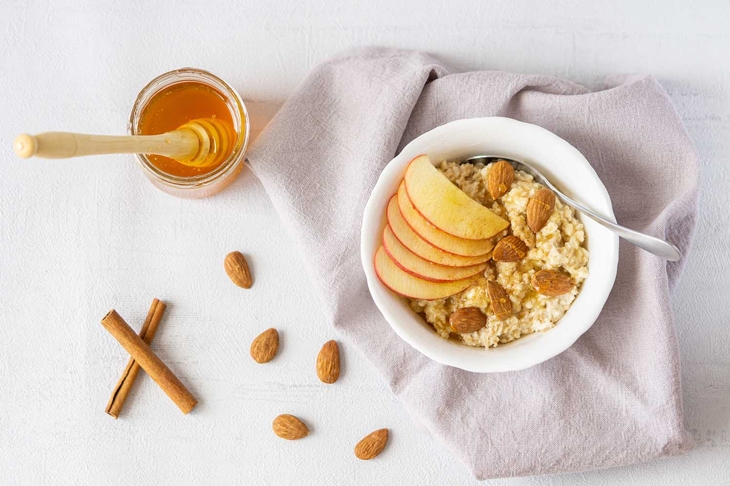 Rather than reaching for sugar the next time you’re craving something sweet, try adding cinnamon to your food or beverage. High in nutrients and low in calories, cinnamon is a natural sweetener that may help curb your sweet tooth by stabilizing blood sugar levels. Craving a sweet treat? Try this delicious cinnamon citrus olive oil cake with berry salsa. To get your day started off right, apple cinnamon instant oatmeal is a nutritious, naturally sweet breakfast. You can also try adding cinnamon to your coffee and tea as a sugar substitute.

How To Organize Your Gmail (To Get To Inbox Zero Faster)